skip to main | skip to sidebar

This is a reminder that this Thursday we will be meeting at 5:30pm in the Chemistry library (E205). All of those that have volunteered should attend. We will be putting together registration packages, name tags, and other info. It is important to attend since individual tasks will be discussed and assigned to the volunteers at the meeting.

Anyone else interested in helping out is welcome!
Posted by Anna at 6:41 PM No comments:

Chemistry department is holding 37th Southern Ontario Undergraduate Student Chemistry Conference (SOUSCC) on Saturday, March 28, 2009.
You may be presenting your research or making a poster. Good luck to those of you that are! There will also be a performance by 'the chemistry band' called Fly by Night! 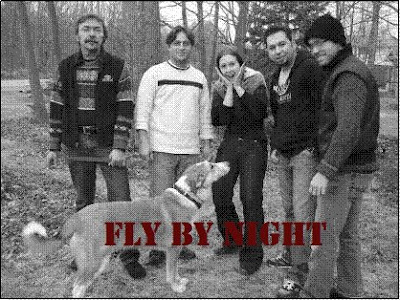 As mentioned by Dr. Gordon at the last Chem Club meeting we will require significant number of student volunteers. This would be an ideal way for Chem Club members to contribute to our Chemistry program. The volunteers will be needed from 7:30 am to 6:00 pm. This does not mean that you have to spend the whole day at Brock. Just indicate what times you will be available to help.

Please let myself or Donna know as soon as possible if you are available to help out. Also mention your availability, hours or time of day (morning or afternoon).
The program should be available shortly after the 16th, so you could plan this around any presentations that may be of interest to you.

Dr. Yan gave us an interesting presentation about his current research interests.

Eva Fisher along with Ryan West, members of the Grad Students Association, invited the Brock Chem Club to a casino night fundraiser they are hosting on Tuesday February 10th at the Pond Inlet, 5-9pm. All proceeds will go to Raise the Net. Please come out for a fun night and help those in need.

A majority of members voted for a black club t-shirt, instead of red. The ink will either be red with a white outline, or all white if multiple colours prove to be too expensive. The cost will likely be $10 per t-shirt. I will set up a poll on this website to take size requests.

A ski trip idea was proposed. This would fall on a week day since those a discount student ski nights. The cost would be $51American (incl taxes) for a lift ticket (3-10pm) and equipment rental. If you are interested, please come to the next meeting, this Thursday February 5th at 5:30pm. Note: It is not necessary to have a passport to go to the States until June 1st.

UPDATE: If you are interested in going skiing, please talk to Jeff or send me an email. Jeff will be going skiing multiple times and you may be able to get in on a ride down there
Posted by Anna at 5:59 PM No comments:

Bowling night! Come out for fun, food and/or drinks. If you have not been out to a meeting yet, feel encouraged to come out and get to know some people in the group. Invite others to come out as well.

What could be better? Bowl to great (I hope) music and black lights. The lanes are booked so come on out for some bowling with the greatest group out there.
Date: Thursday, January 22, 2009
Time: 9:00pm - 11:55pm (the latest)
Location: Parkway Bowling Lanes
Address: 325 Ontario St, St. Catharines, ON 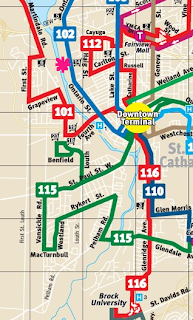 Carpool with some friends or grab the bus to downtown (16 or 116) and then the 102 Ontario St. bus leaves the terminal at 8:45pm from platform A to get you there in time.

Can't wait! Look for a sign up sheet in the chem department shortly (tomorrow or Monday). Bowling night! Come out for fun, food and/or drinks. If you have not been out to a meeting yet, feel encouraged to come out and get to know some people in the group. Invite others to come out as well.
Posted by Anna at 6:02 PM No comments:

Wow, so many events were planned at today's meeting. Here they are, attend if you can!

We would like to recruit some new first and second year students into the group. There are lots of 3rd and 4th year members, but we are looking for the future of the club when they graduate. There are lots of events planned for the next while, so bring your friends out.

We also talked about putting our hard earned dollars to good use. We think it will be exciting to have a book prize or award of some kind for members. The details of such a prize are a little sketchy at the moment, since we just came up with the idea. We'd like the criteria to be something other than highest mark, something unique perhaps. If you have an idea, let us know! We discussed setting this up through Student Awards and Financial Aid, but that would require the club to be ratified, which brings but a whole new issue.

Initially we chose not to be a ratified club. To be ratified as an official Brock club, we would have needed many more undergraduate student members. A good chunk of our current members are grad students. A ratified club also needs to charge a yearly fee to members (min $2) and follow some other rules. As of now, we will try to get more first and second year student involvement and see where it goes from there.
Posted by Anna at 5:57 PM No comments:

Dr. Atkinson gave a very informative and entertaining presentation about his research and career paths.

We voted on a t-shirt design and Matt will have prices for you next time. It would be great if everyone had one. We could show our spirit and stand out by all wearing the red shirt on a certain day. This could attract more active members.

We have decided on a bowling night for Thursday January 22 2009. This will be a great chance for everyone to come out, bowl, enjoy some food and/or drinks. I will call to book lanes. Please let me know if you plan on coming (for numbers). I will take a poll at the next meeting Thursday January 8 2008 - same time, same place.
Posted by Anna at 5:57 PM No comments:

We heard from three of the four grad students about their experiences working in their labs. Unfortunately we ran out of time for the last presentation, and so it has been postponed to the next meeting.
Posted by Anna at 5:54 PM No comments:

Anna
We are a group of undergraduate and graduate students at Brock University. We want to meet to learn more about chemistry, career paths of faculty members and to participate in social events. This is the official website, but there is also a Facebook group for the club that can be found by searching for "Brock Chem Club". All information will be posted both here and on the Facebook group page.